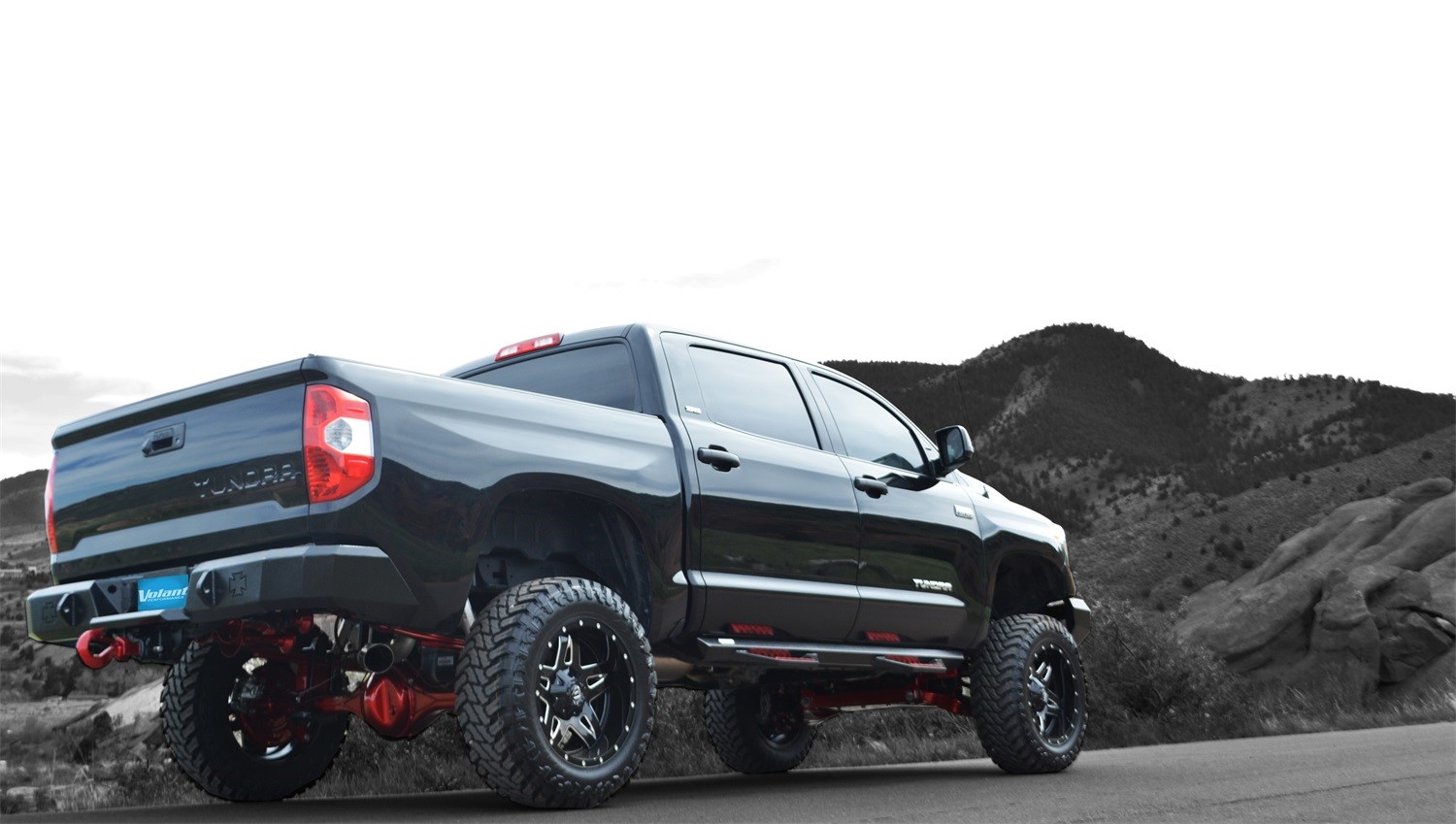 There are two types of aftermarket exhausts.  The first type is designed to increase flow, improving horsepower and torque.  It is durably constructed and specifically tuned per vehicle to eliminate drone and create an aggressive exhaust note that is distinctly not pleasing in the cabin.  The second type is just loud.  It’s welded together by some no-name company in some country that doesn’t care about said company’s litany of human rights violations.  It drones, it rusts, and it usually hampers performance.  But it’s loud and it’s cheap, so people buy it.  You’ll want to avoid these.  But Volant Performance makes the first type.

You may not have heard of Volant Performance in the exhaust realm.  Volant got their start making high-flow cold air intakes and filters, and they’ve been winning in that realm for years.  But they’re relatively new to exhausts.  That doesn’t mean they’re inexperienced, though.  To build their top-notch truck exhausts, Volant partnered with the legends at Corsa Performance, who have been perfecting sports car exhausts for nearly two decades.  This means an average gain of 7-10 horsepower just for bolting up an exhaust, thanks to a straight-through design with mandrel bends to reduce back-pressure.  It also means Volant systems produce a deep, powerful, aggressive tone without succumbing to that annoying drone in the cabin.  Finally, it means a durable construction.  Volant uses pure A409, 16 gauge stainless steel tubing that fights off corrosion and rust far better than the aluminized stainless you find on most systems.  Systems are fully welded, including lap welds, and they’re crafted right here in America.

Right now, through the end of August, you can grab a $75 rebate on any Volant truck or SUV exhaust.  You’ll only find this killer deal on StreetsideAuto.com, and you can learn more here.  So if you’re buying an aftermarket exhaust for your truck or SUV, don’t get the second type.  You might save a few bucks, but you’ll be able to watch it rusting like you watch a movie.  Go for the first type.  Go for Volant.