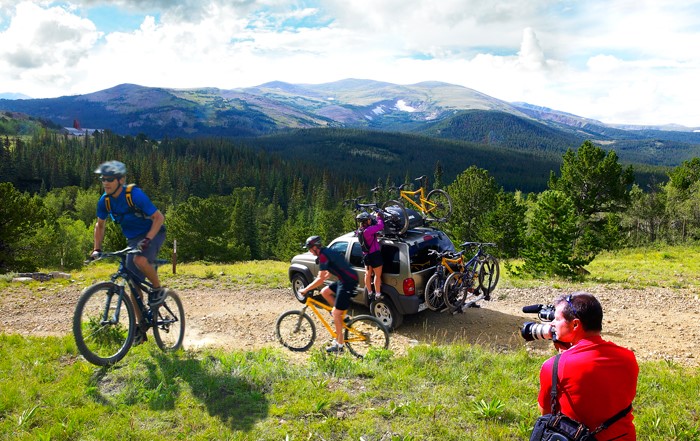 An Epic Summer for Everyone

There’s about a month left in our Epic Thule Summer photo contest. A month for you to share your epic photos for a chance to win up to $300 in Thule travel gear. A month to make good choices. But we’re willing to admit that we’ve been a little light on the entries. We can’t say how many we’ve had, but we can say that judging the winners would be pretty easy right now. So here’s what we’re going to do about it.

We were a little surprised at the lack of entries, to be honest. We figured that everyone would want to win $300 for a picture they probably already took anyway. But then, when we stopped and thought about it, we were making one crucial error.

Because we love Thule so much, we wanted to see pictures of people’s Thule gear: how they were using it, where they were taking it, and how much they also loved it. Only people who already had Thule racks were able to submit. But we forgot something important. Once you have a Thule rack, your life is complete.

You can stop striving, stop trying to earn money, stop trying to win friends and influence people. After you get your Thule rack, what are you going to do with $300 of other Thule stuff? Prop up one side of your diamond safe? Swing it at the throngs of gorgeous potential mates mobbing you with showers of their phone numbers every time you leave your house? Use it to bribe Bradley Cooper and Ryan Gosling to stop calling you, asking to hang out?

So we decided to open up the opportunity for EVERYONE to have complete lives. That’s right. You can now enter the Epic Thule Summer photo contest even if you don’t already have a piece of Thule travel gear. All you need is a shot of your car, preferably somewhere epic.

That’s it! You probably already did that on your summer vacation. If you didn’t, you probably know of somewhere epic nearby where you can go park it and take the picture. Like, today.

If you missed the original rundown for the Epic Thule Summer last month, here’s what you could win if you send us one of the three most epic shots.

First Prize – $300 of StreetsideAuto.com credit toward your next Thule kit

We have a month left, folks. We’re wrapping this show up just after labor day. We can’t wait to see your epic shots! So find a spot, park your car, and scratch that itchy shutter finger.